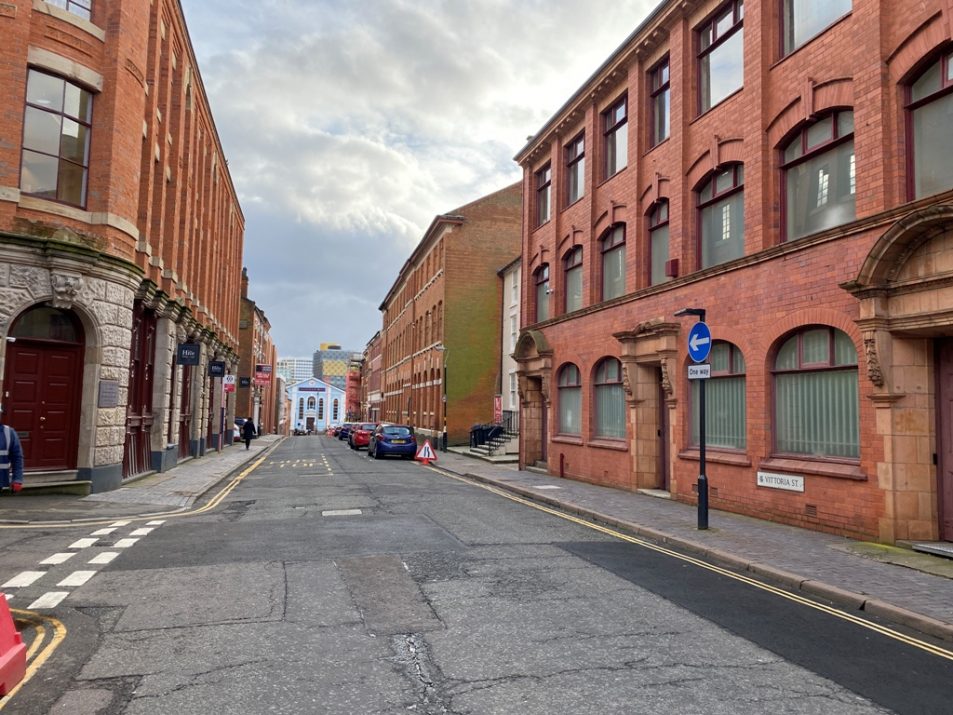 PCPT continues its proud links to this historic street.

Vittoria is a name from Spain and one from our history.  So often the names of streets give a clue to the origins and sentiments of a place and here in the Jewellery Quarter the eponymous street is named after the Duke of Wellington’s – or Wellesley as he then was – victory over Napoleon’s troops at the Battle of Vitoria in the Peninsula War.  ‘Brum’ just got the spelling wrong and only got round to it some 20 years after the battle.

It is one of our favourite streets in Birmingham and at PCPT we now have four building projects along the street; the surviving Birmingham House – from the time of the battle, up to one of only a few buildings from the 1960’s.  Most of these projects are being funded by our friends at the National Lottery Heritage Fund.