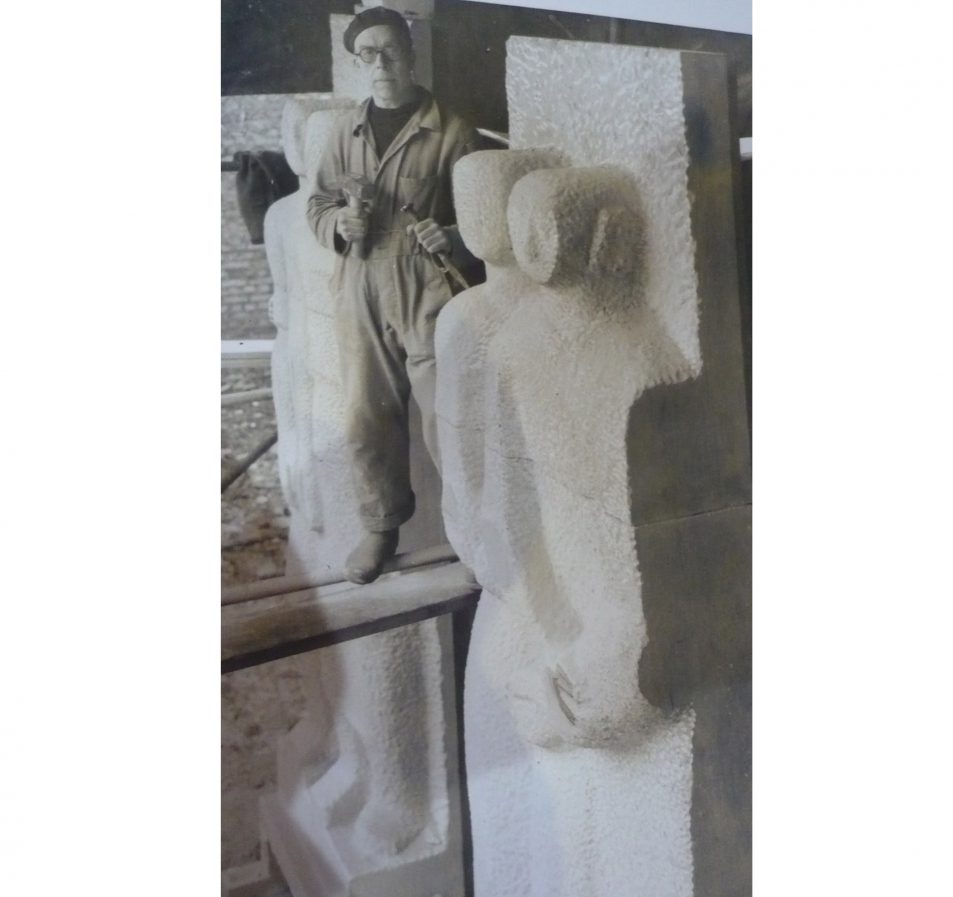 Broadgate House in Coventry is Donald Gibson’s first post war building and PCPT are removing some of the later excrescences and taking it back to something like the state it first was. Any listed building, even one 70 years young needs research, and letters by Gibson evidence the pride he and his pioneering team showed and how each of the seven pieces of art integrated into the building was commissioned and created with purpose and relevance.

One of the art works – ‘Citizens of Coventry’ by Trevor Tennant, has spent two thirds of its life hidden and is only just now fully revealed. Prior to unbundling Gibson’s letters we had seen these figures as projecting a message from the past into the future and it was so rewarding to see Tennant (in the photo above) writing ‘Their aim is to express a timeless feeling of continuity.  Citizens of a thousand years, today and tomorrow’. The figures are in close contact – the baby cuddled tightly, and stare upwards into the skies with foreboding and maybe hope for the future.

The ‘citizens’ are precisely of their time (if not even the exact moment) in both style and particularly content and seems so different from later public art being just ‘parachuted’ in as random commissions. Now that they are all in plain sight, these Coventrians of yesterday can meet those of today