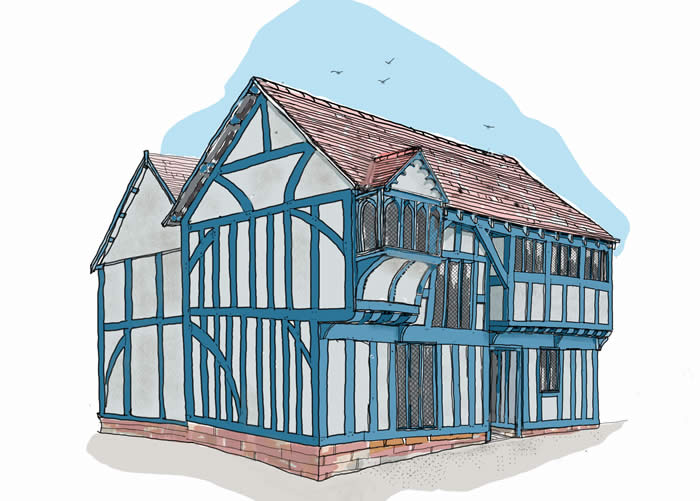 With the completion of numbers 31 and 33 Far Gosford Street, PCPT architects are nearing the end of the regeneration of the street which we started in the 1990’s as just a notion.

The project on the street is now acknowledged as an exemplar of heritage led regeneration which has allowed the community to develop its own opportunities to a masterplan; gentrification this is not!

What we found when we started was a adulterated timber frame which clearly hinted at being one of the oldest properties surviving in the city. From then it was a voyage that led to the discovery of a mid C15th. hall house. The development included new building to the rear in a recreation of the ‘courts’ that were typical of Coventry in the early C19th. but have now disappeared from the city.

With a large bar/restaurant and offices for the continuing regeneration of the city there are also five apartments.